Ratnagiri refinery may now come up in Maharashtra's Raigad 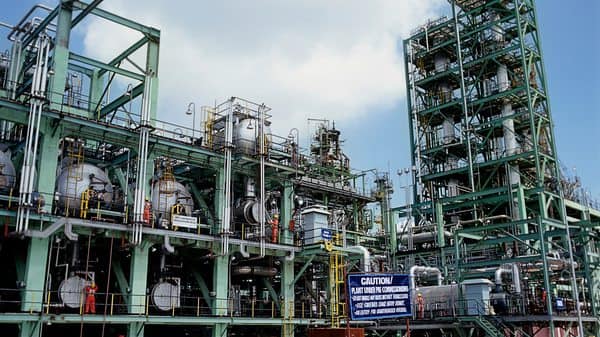 Farmers in Ratnagiri feared that a refinery project there may damage flora and fauna in the region, and affect Alphonso mango and cashew plantations.

Ratnagiri refinery may now come up in Maharashtra's Raigad

MUMBAI: Mumbai: The proposed $44 billion refinery and petrochemicals project at Ratnagiri in Maharashtra may be shifted to neighbouring Raigad district, said a state government official and an executive at an oil marketing company.

“They (the state government) are looking to shift the Ratnagiri refinery project to Raigad district," the official said. A five-member committee of government officials, including those from the Maharashtra Industrial Development Corporation (MIDC), was set up in January to look at alternative land for the mega refinery.

“The committee has identified pockets of land MIDC had acquired and developed in Roha or Mangaon tehsils in Raigad district. The land was acquired for Rashtriya Chemicals and is said to be better than the land in Ratnagiri district," the official said, requesting anonymity.

Raigad is located in the Konkan region of the state.

Maharashtra chief minister Devendra Fadnavis said on Monday that his government has decided to relocate the proposed Ratnagiri refinery following the protests by farmers and local landowners, who feared the project may damage flora and fauna in the region, and affect Alphonso mango and cashew plantations.

Officials said though the state government began to scout for alternative land last year, the committee was set up after pressure from the Shiv Sena, a member of the Bharatiya Janata Party-led NDA government. The government has also decided to cancel the land acquisition notification issued for Ratnagiri.

“The land could be around 10,000 acres, which is sufficiently large to accommodate the refinery project. We will be able to meet the deadline, as we think the land will be transferred faster than the Ratnagiri land," the executive at the oil marketing company said, requesting anonymity.

The Ratnagiri refinery project, which was announced in December 2015, was to be commissioned by 2022, but delays in land acquisition have pushed the deadline to 2025.

A pre-feasibility study of the proposed 60 million tonnes per annum (MTPA) refinery has been completed. It will be capable of processing 1.2 million barrels of crude oil and produce 18 million tons per annum of petrochemicals, along with providing direct and indirect employment to up to 150,000 people.

Industry insiders, however, said the possibility of the refinery coming up in Ratnagiri still exists as the management has done considerable work on the ground to convince local farmers and land owners of the advantages of the project.

“We have spoken to the local residents and worked at the grassroots level. We took them on familiarisation trips to other refineries in the country and many came on board. So, we still hope that the refinery would come up at Ratnagiri. We would get more clarity on the issue post elections," said an official from one of the oil marketing companies.