Oil giant Saudi Aramco has sought majority ownership of a proposed Rs 3 lakh crore refinery-cum-petrochemical complex, to be built in Maharashtra's Ratnagiri district, according to a media report.

Aramco is now in talks with these Indian firms, seeking marketing rights over fuel and petrochemicals produced at the complex, alongside an assurance that the refinery will mostly use Saudi oil, sources familiar with the matter told The Economic Times.

IOC currently owns a 50 percent stake in the project, with the remainder is equally split between BPCL and HPCL. 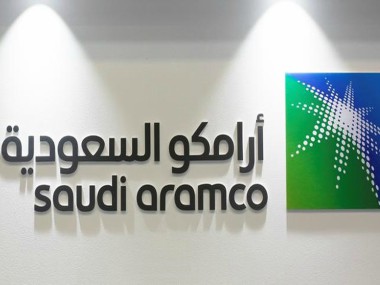 Why the Ratnagiri refinery holds importance?

The Ratnagiri refinery will take five to six years to commence production, after the project secures the requisite clearances. The refinery will include three crude units of 20 million tonnes each.

Once commissioned, the refinery will produce petrol, diesel, LPG, aviation turbine fuel (ATF) and feedstock for making petrochemicals that are the basic building blocks in the plastics, chemicals and textile industries.

IOC has been eyeing the west coast of India for a refinery, as catering to customers in the west and the south is difficult with its refineries located mostly in the north. HPCL and BPCL have also been looking at a bigger refinery because of the constraints they face at their Mumbai units. Being on the west coast will provide the proposed unit a natural advantage: it can easily source crude oil from the Middle-East, Africa and South America.

India has a refining capacity of around 232.066 million tonnes, which exceeded the demand of 194.2 million tonnes in the 2016-17 fiscal. According to the International Energy Agency (EA), this demand is expected to reach 458 million tonnes by 2040.

Last October,  Saudi Aramco launched a new venture near New Delhi. The global oil exporter has been looking to tap rising demand in India, and invest in what is now the world’s third-biggest oil importer. Aramco, through its subsidiary Aramco Asia India (AAI), established a formal business presence in India in 2016.

Aramco is investing in refineries in major markets to lock-in customers ahead of its initial public offering (IPO). Saudi Arabia’s energy minister, on 8 March, hinted that the Aramco share sale could be delayed until 2019, Bloomberg reported. Saudi authorities are aiming to list up to five percent of the world’s largest oil producer on the Saudi stock exchange in Riyadh, the Tadawul, and on one or more international bourses via an IPO that could raise some $100 billion.

In the first week of March, Iraq overtook Saudi Arabia by a wide margin to become India's top crude oil supplier, meeting more than a fifth of the country's oil needs in the ongoing financial year. Saudi Arabia traditionally has been India's top oil source but in the April-January period of 2017-18, Iraq dethroned it, supplying 38.9 million tonnes (MT) of crude.

With inputs from agencies.